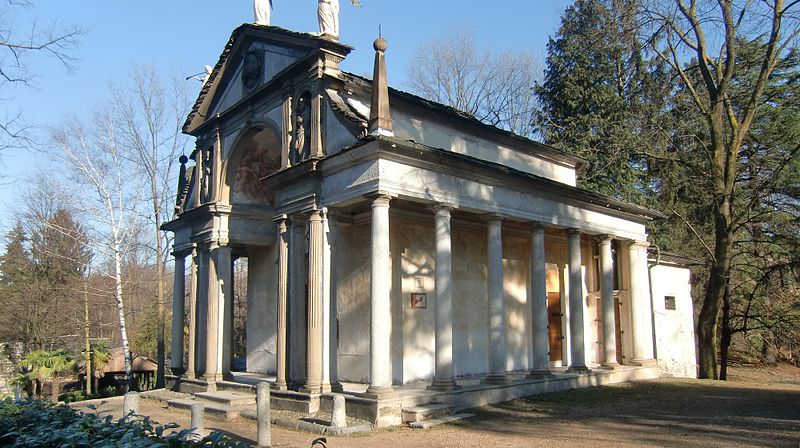 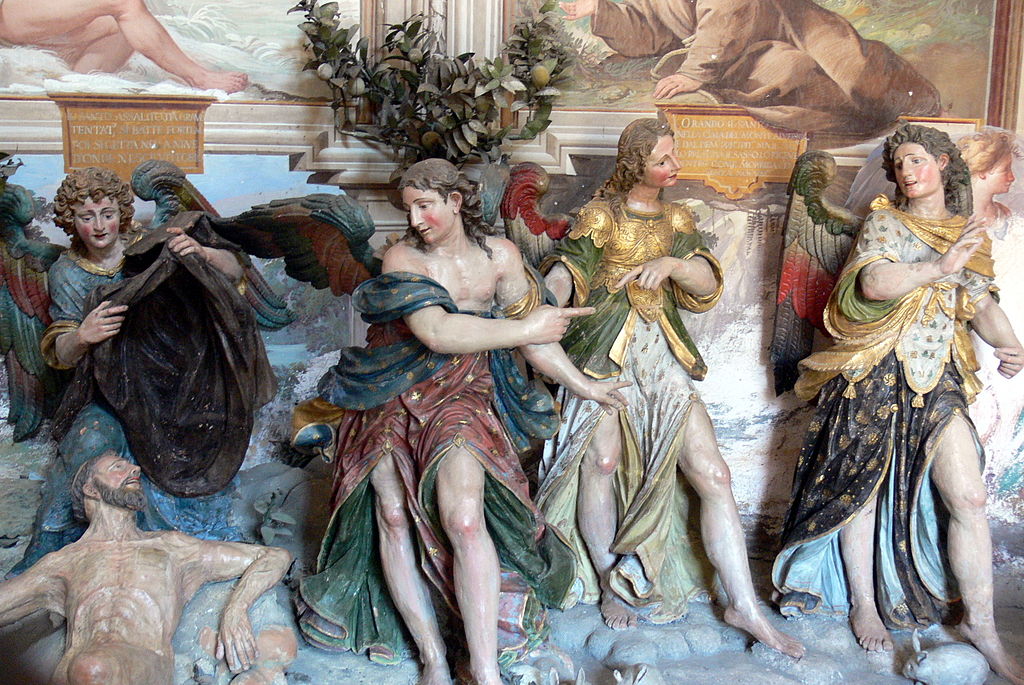 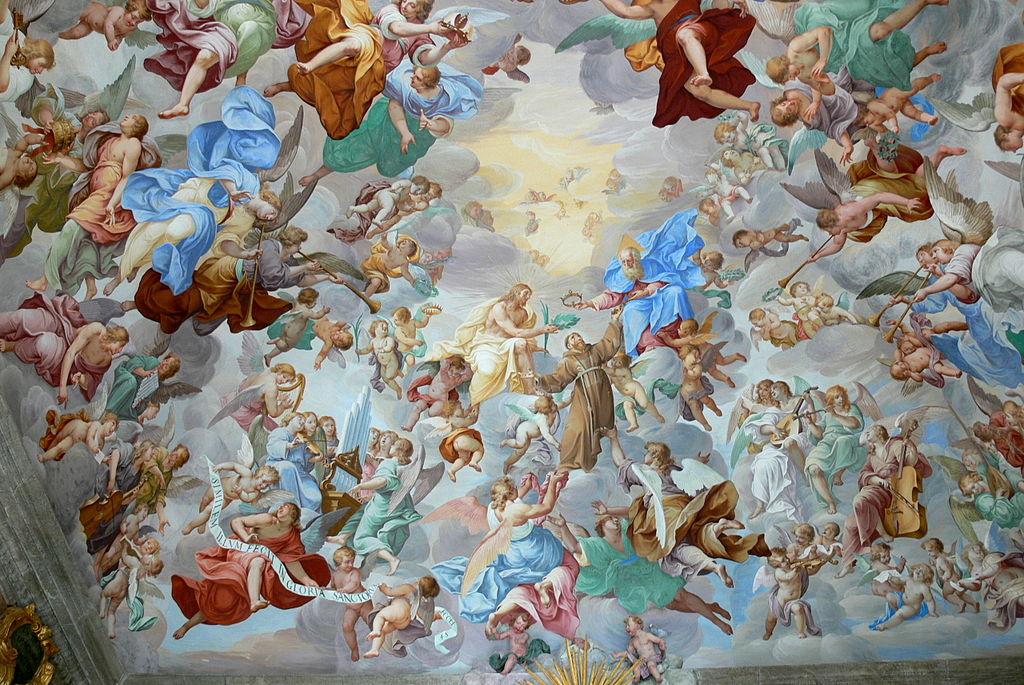 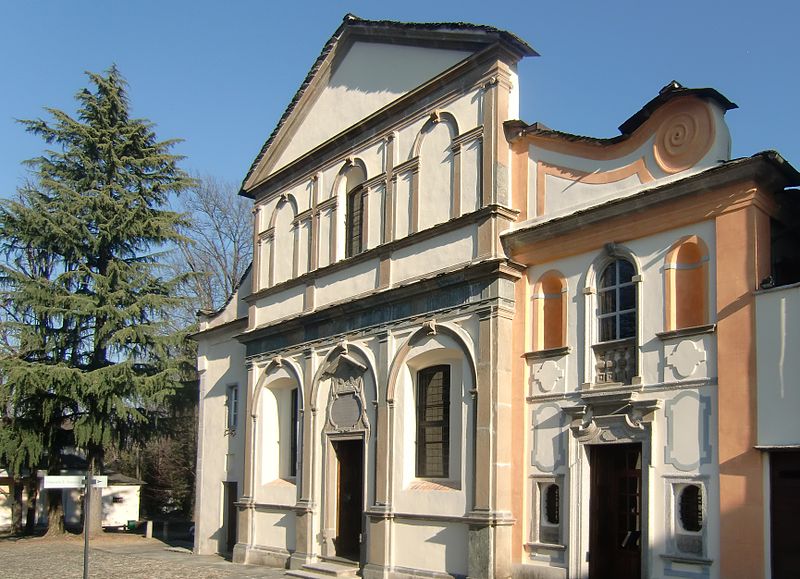 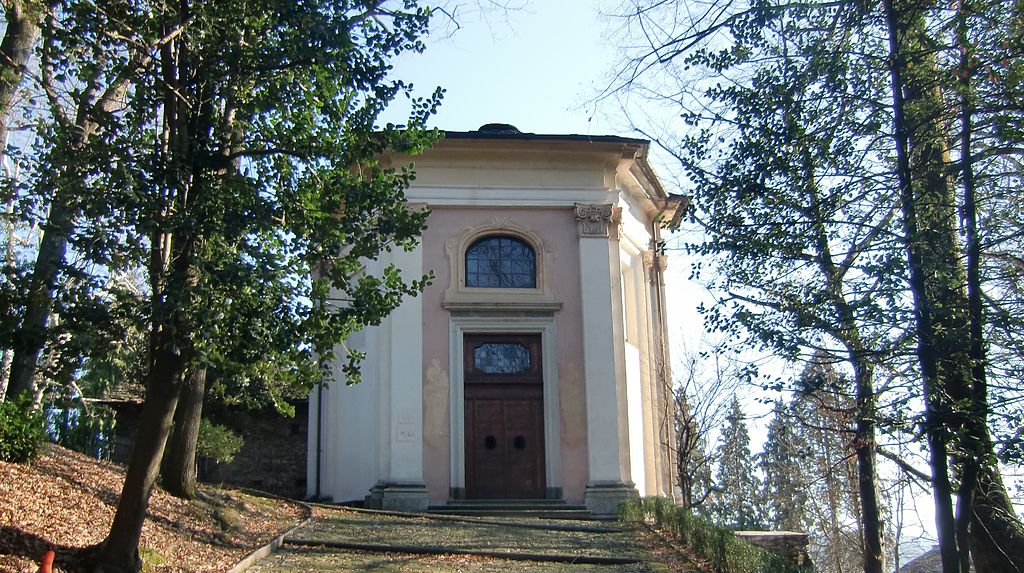 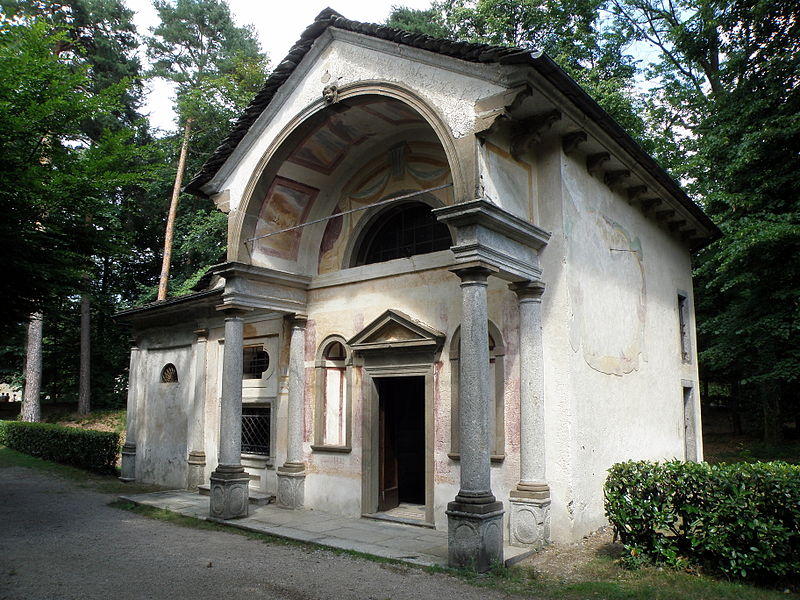 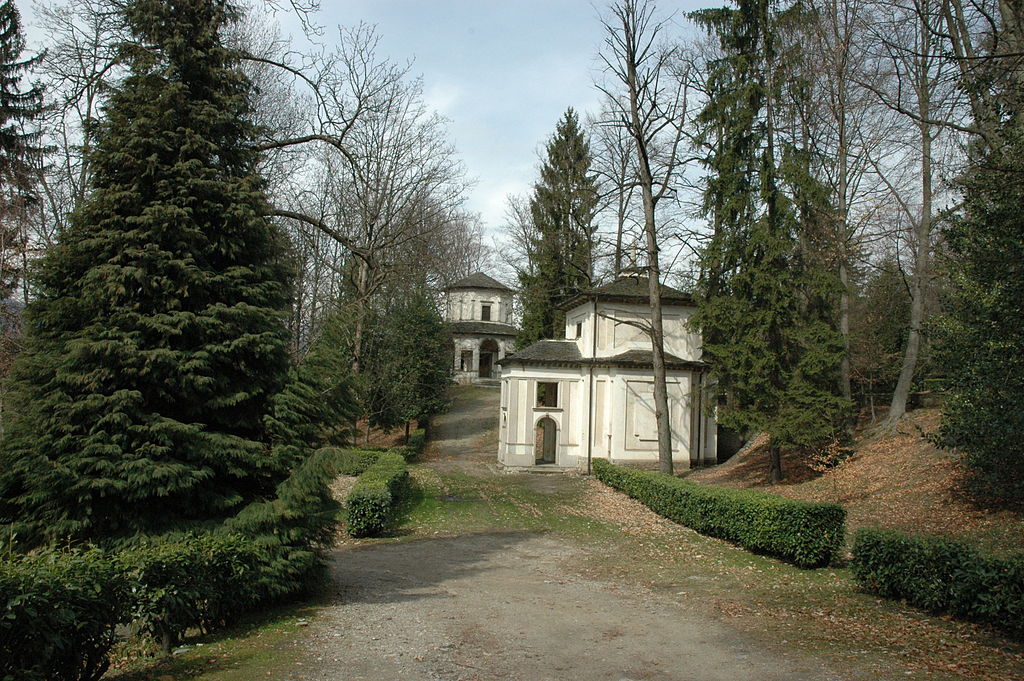 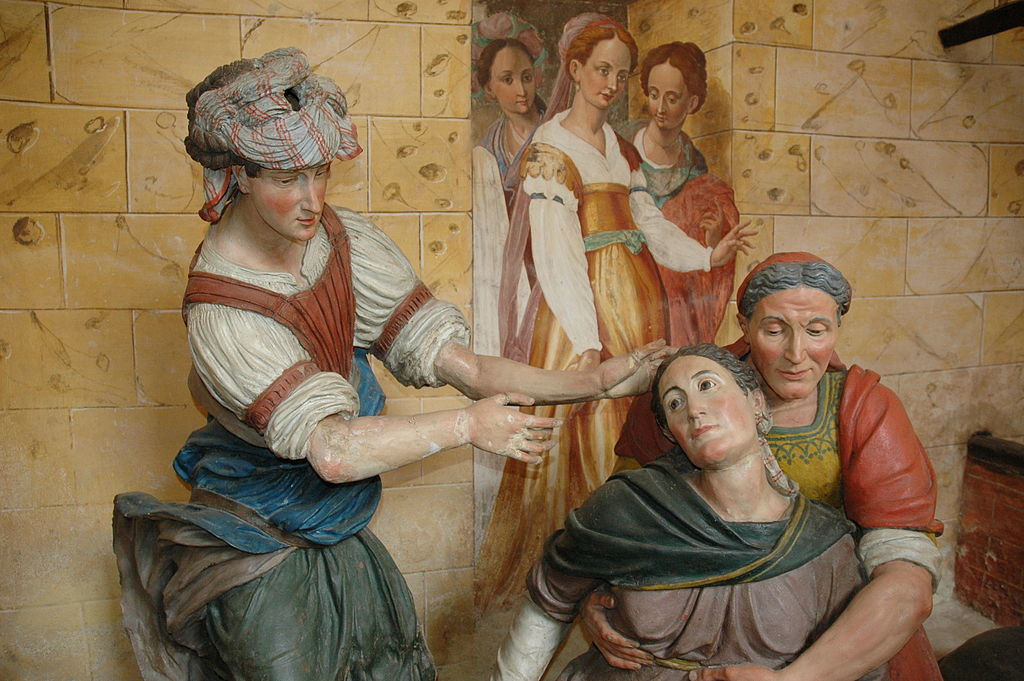 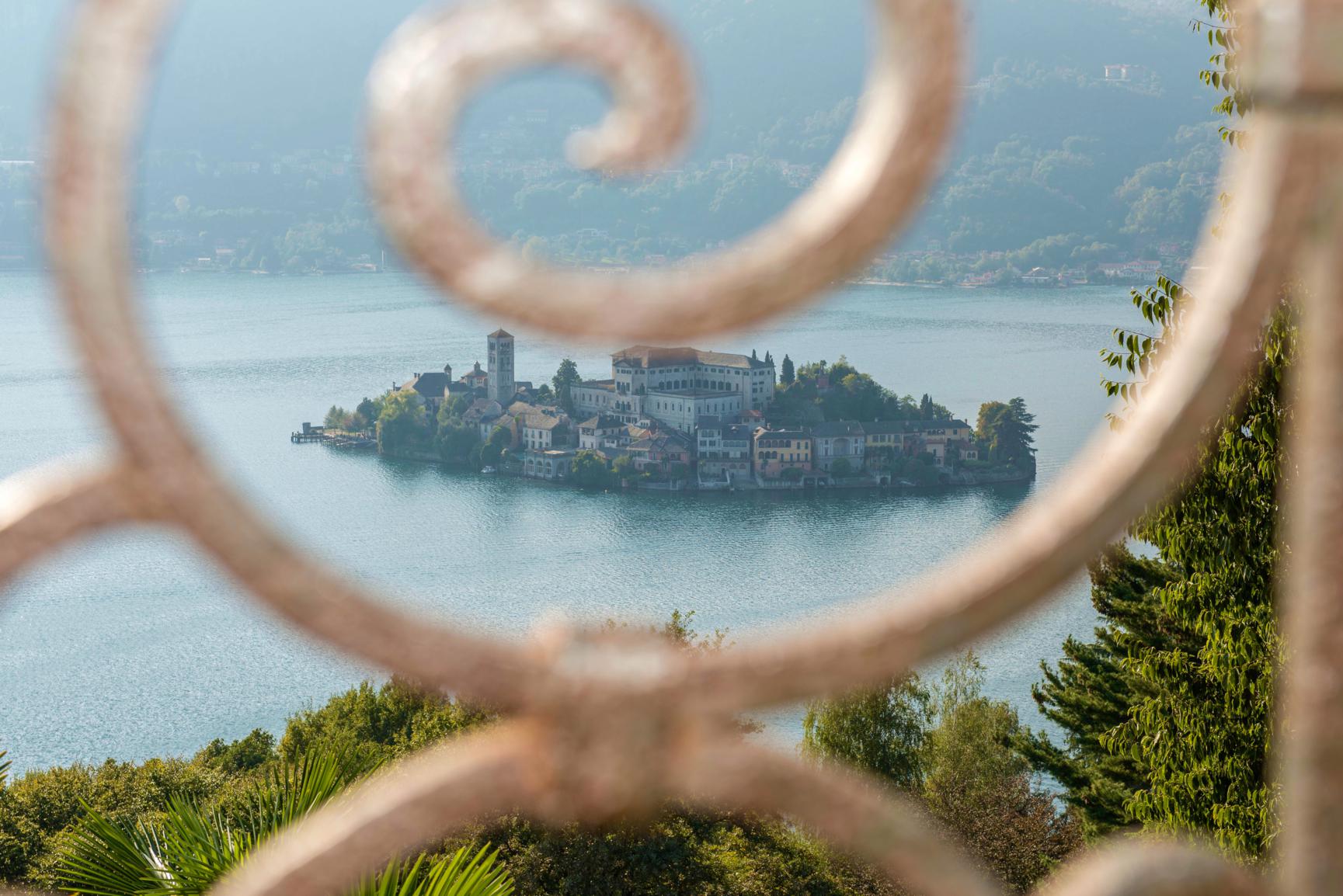 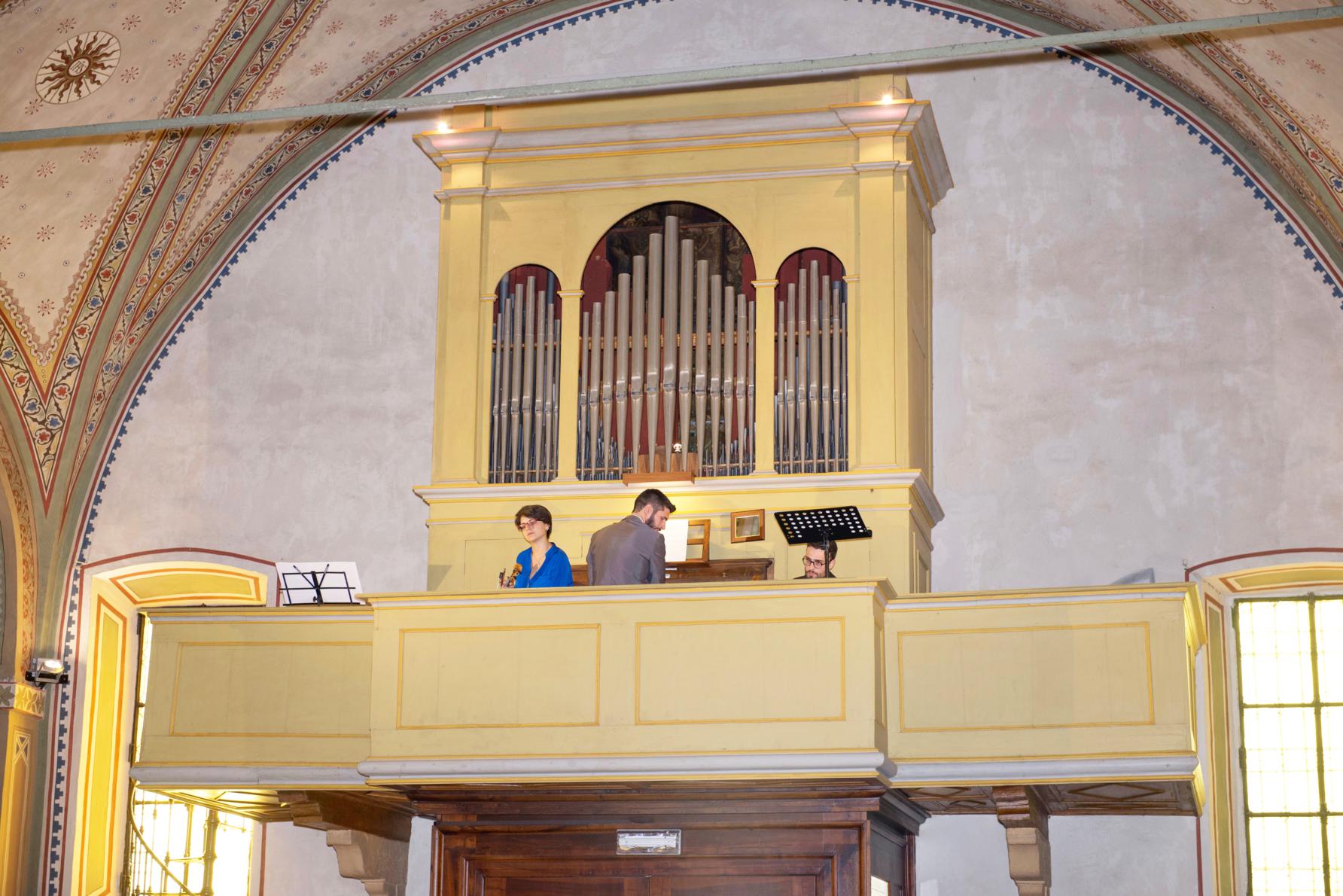 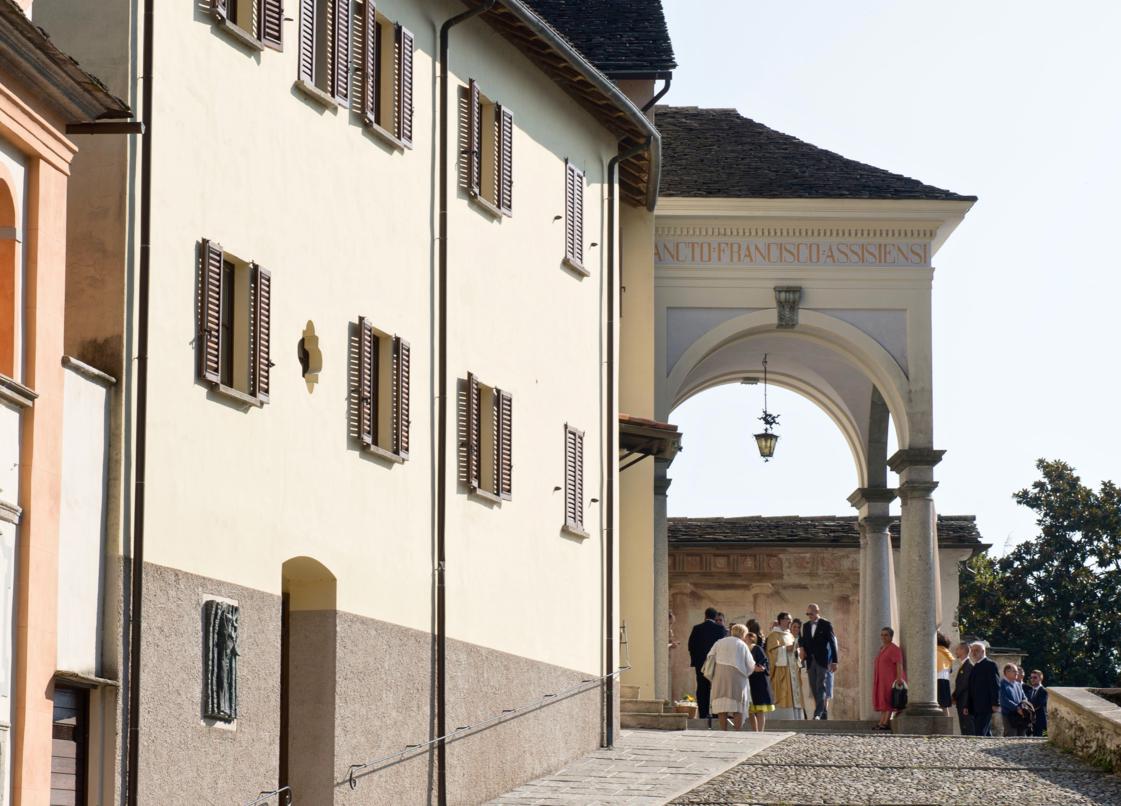 The Sacro Monte (Sacred Mountain) is a special place, it is located about 400 meters above sea level in a very panoramic position. It allows you to see from above the island and the stone roofs of the historic center of Orta. Construction work began in 1590 and lasted almost 100 years. The purpose with which it was designed was to combat the influence of the Protestant reform and as a bulwark against the heretics.

In 2003, it was included in the list of protected World Heritage Sites because “it represents a successful integration between architecture and decorative arts in a landscape of great beauty and for the high spiritual value achieved at a critical moment in the history of the Church Roman Catholic “.

Inside the park there are 20 chapel entirely frescoed and with 375 statues.

To make the story narrated more pleasing and real, the artists have decided to create statues taken as a model by the locals: figures that are not always elegant and pleasant, but really concrete.

This is the only Sacred Mountain where the chapels do not retrace the life of Jesus, but of St. Francis. Indeed, he had a life very similar to that of Christ. He began by being born in a stable and being placed in a hay manger, then he welcomed around him some disciples and went traveling to preach from town to town.

Each chapel has its description in multiple languages, they are all different from each other!

THE CHURCH OF SAN NICOLAO

The church is located right next to the monastery and is splendid inside. Rich in geometric designs and so different from the baroque churches that we are used to meet in the rest of the village of Orta.

The friars did not always live in the Sacro Monte because they were first hunted in 1810 at the behest of Napoleon. The Friars Minor returned there, but were again driven out by the Piedmontese Government in 1866.

THE GARDEN OF SIMPLE

In the courtyard of the hospice of San Francesco, this garden was created in the 18th century by Gerolamo Gemelli. It consists of four large flower beds of the same size, with fifty fragrant, aromatic and medicinal essences. To reach it, go up the path that is on the right of the Chapel XII.

To the left of the Chapel XX, there is a room used for the presentation of a perennial nativity scene (not just at Christmas!). It consists of statue moved by hydraulic, electric and electronic operations. Find its place here because we remember that it is precisely St. Francis who invented the Presepe or Presepio, this representation of the nativity.

The room also includes the old oven (used for the terracotta statue for the chapels).

This chapel was added in 1700 and it’s not part from the numbering of the others. Although it has remained unfinished, with its latest work it can be said that the construction of the Sacro Monte finally ended, it began more than a century before. The architecture is neoclassical and would have been the first chapel on several levels. Recently it has been finished with glass shelves supported by an iron structure and has used as an exhibition space. Inside there are no frescoes or statues, but when it is open you can climb up to the second floor and enjoy the view from above.

From the square of Orta you arrive on foot, climbing the staircase that goes up to the parish church and then turning right (about 700 meters away from the square).

By car, you can reach it by following the signs, go up via the Via Al Sacro Monte and park for free.

The Sacred Mountain is always beautiful! But the most beautiful photos of the island will probably do in the morning when the sun lights it! Regarding the season, however, autumn is wonderful!

In summer, on the other hand, it is a cool refuge even on the sunniest days! But bring your snacks, because there are no bars, for now.

Admission is always free and open 24 hours a day, every day. The chapels and the church are closed in the evening and are not illuminated internally. The visit is free for all the chapels, the garden, the nativity and for all the attractions in the park.

The island is small, but there are several things to visit and an enchanting ring walk that will make you discover very suggestive views...