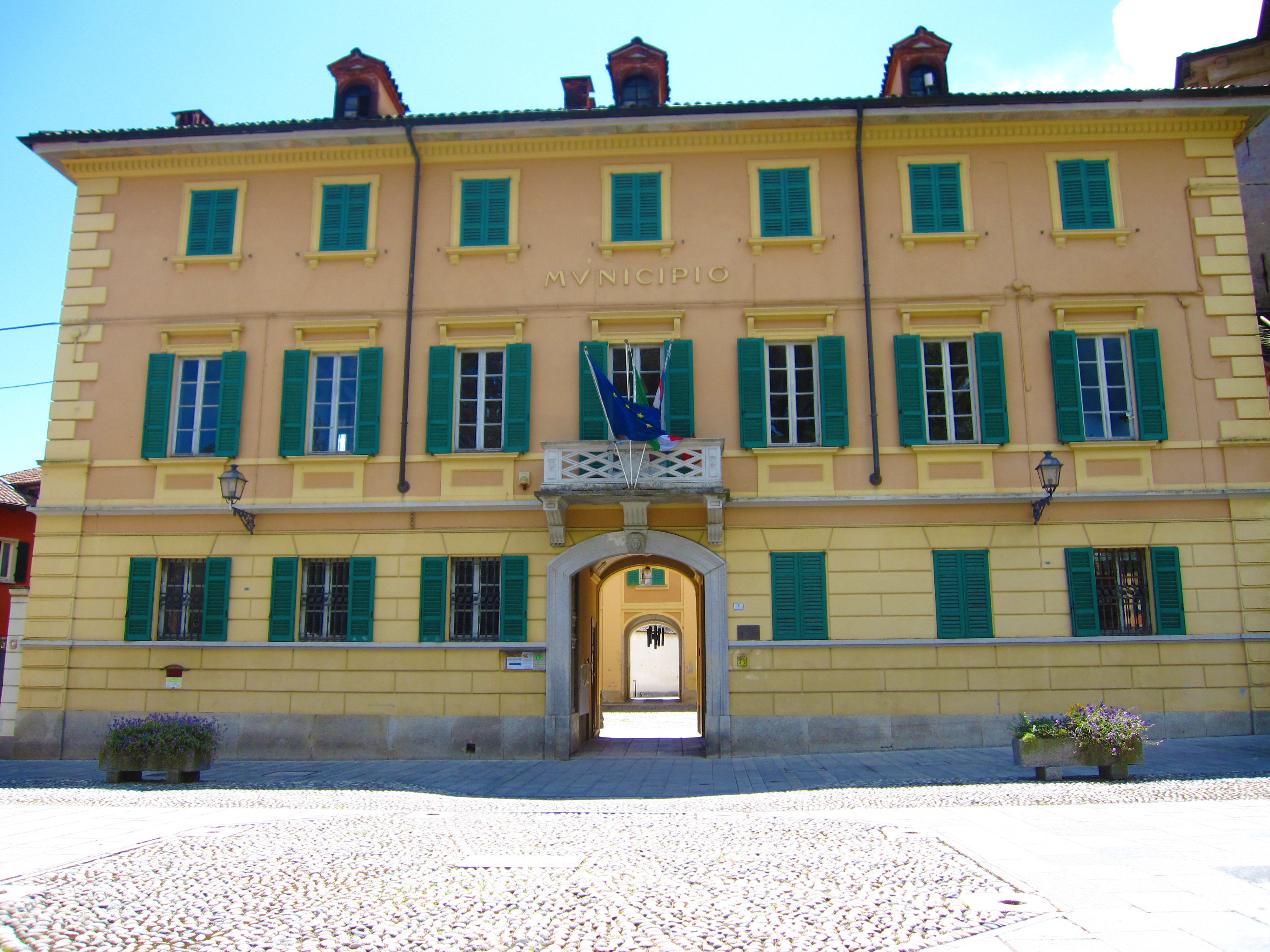 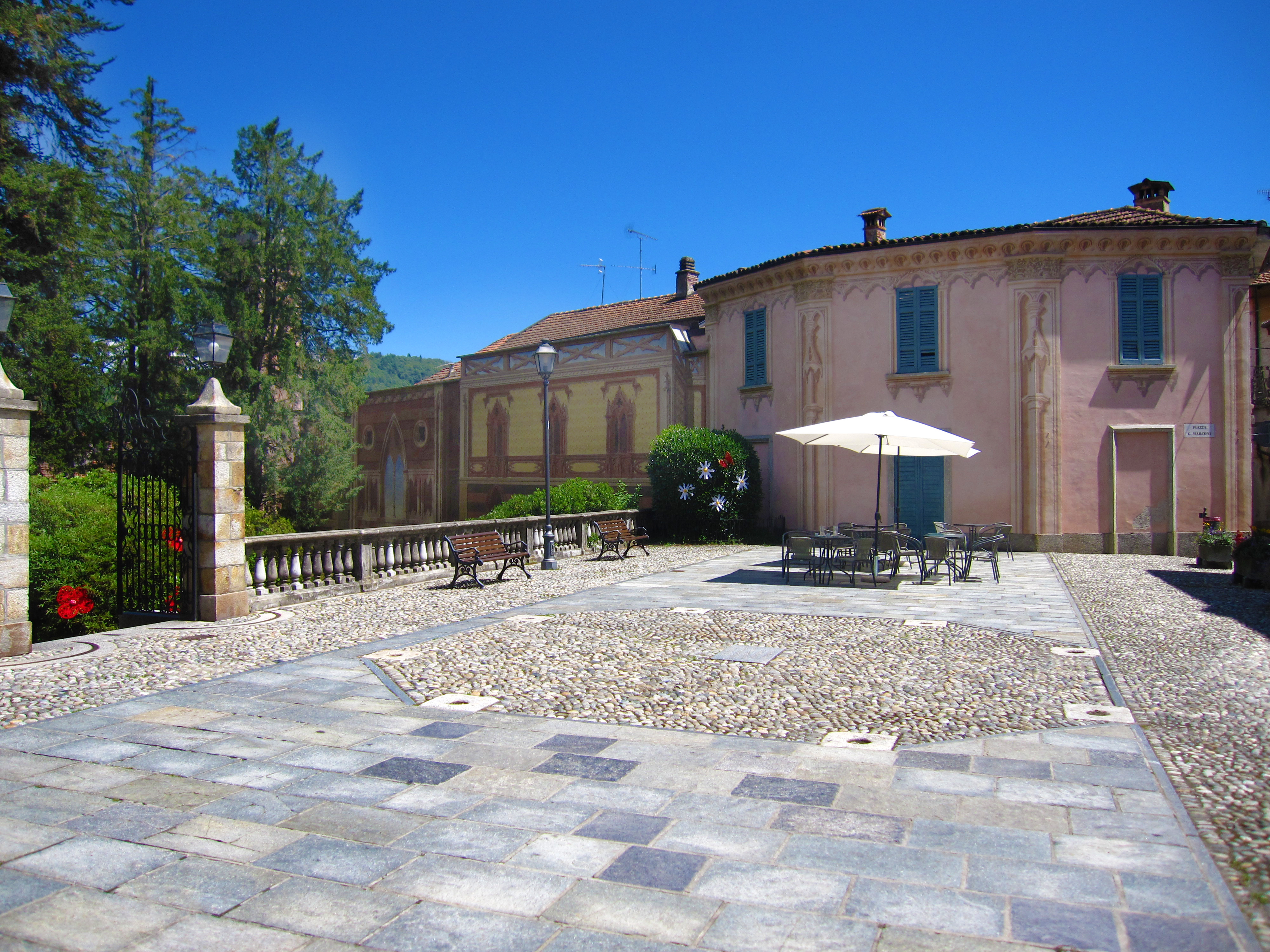 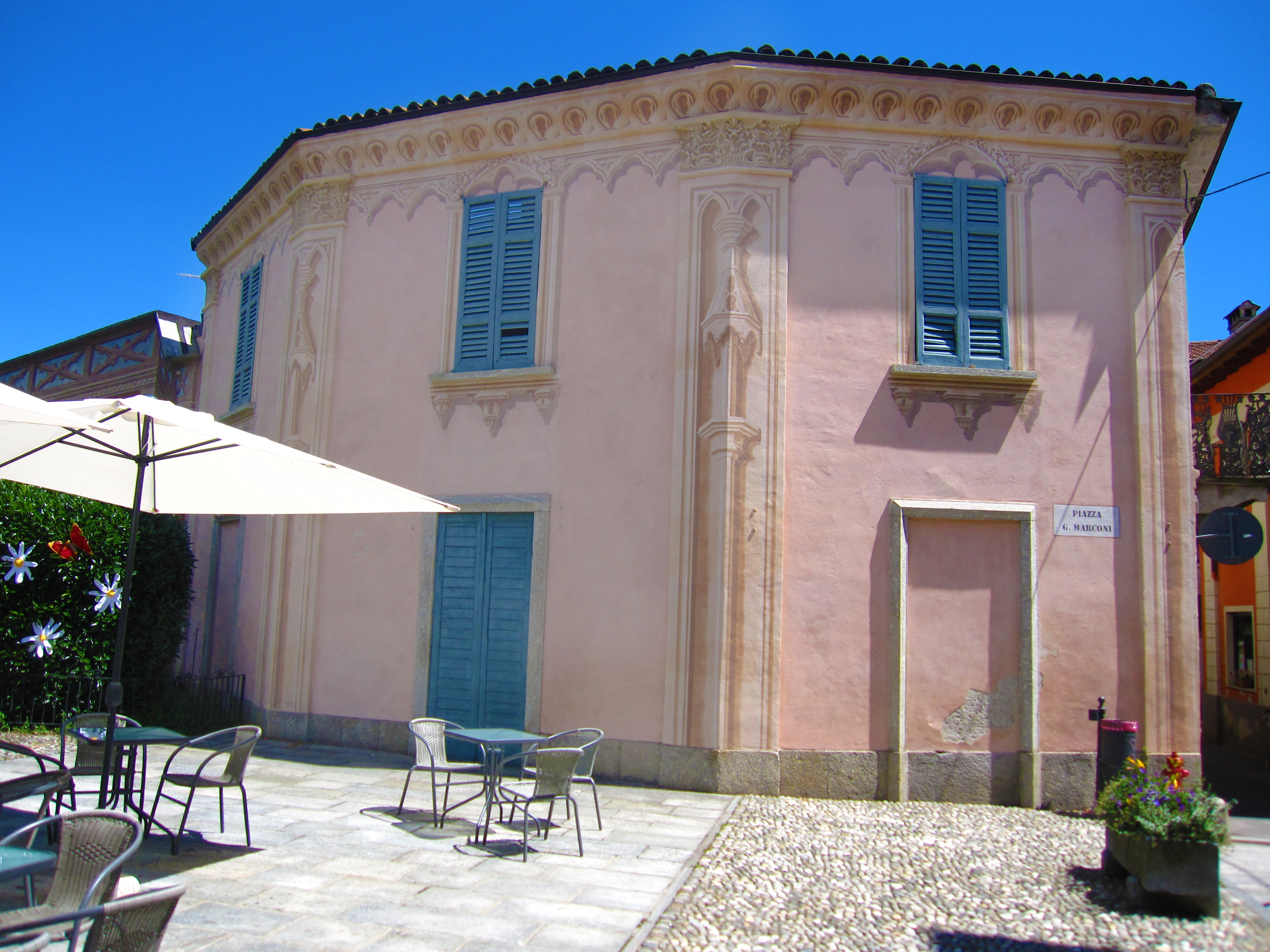 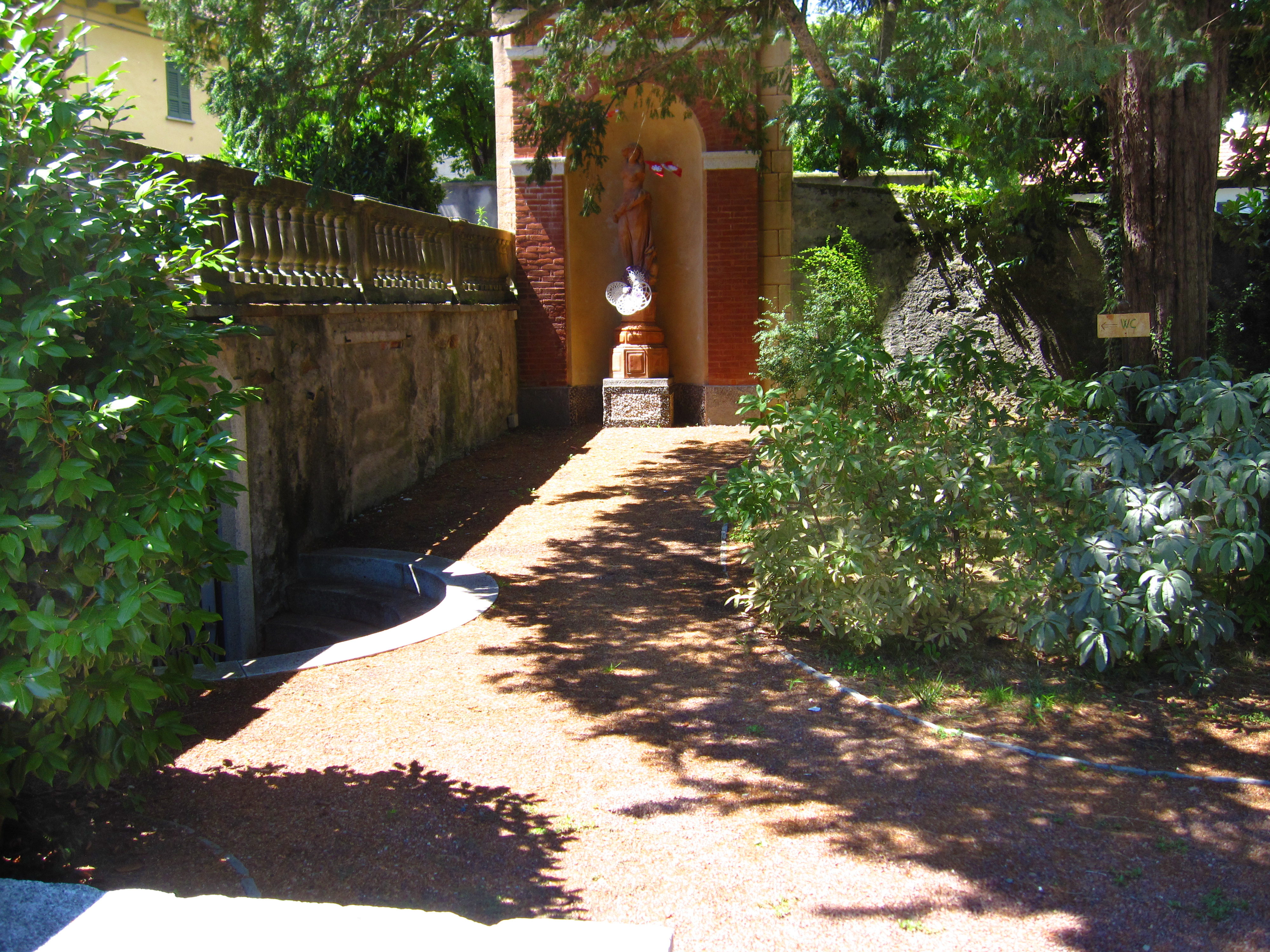 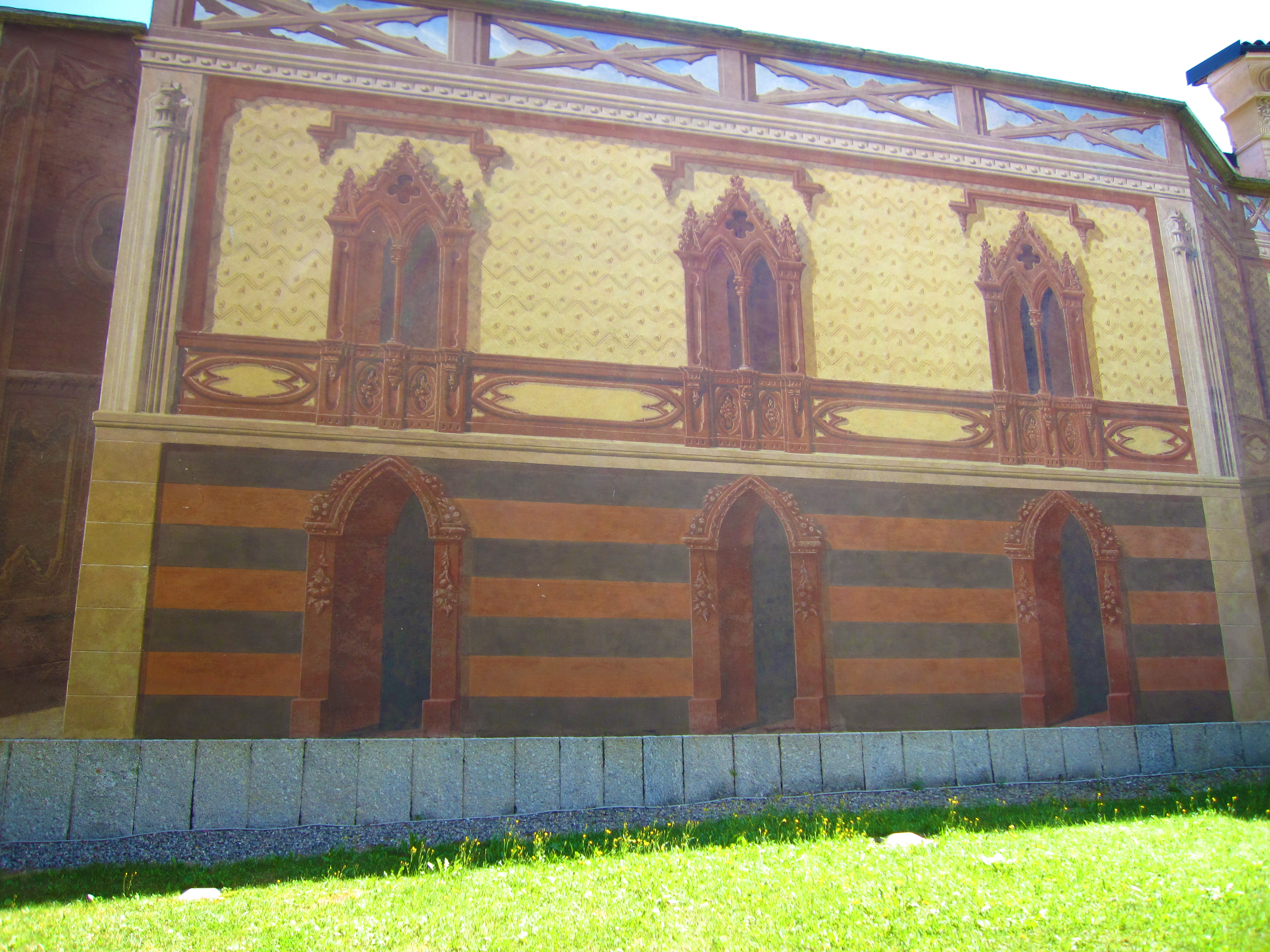 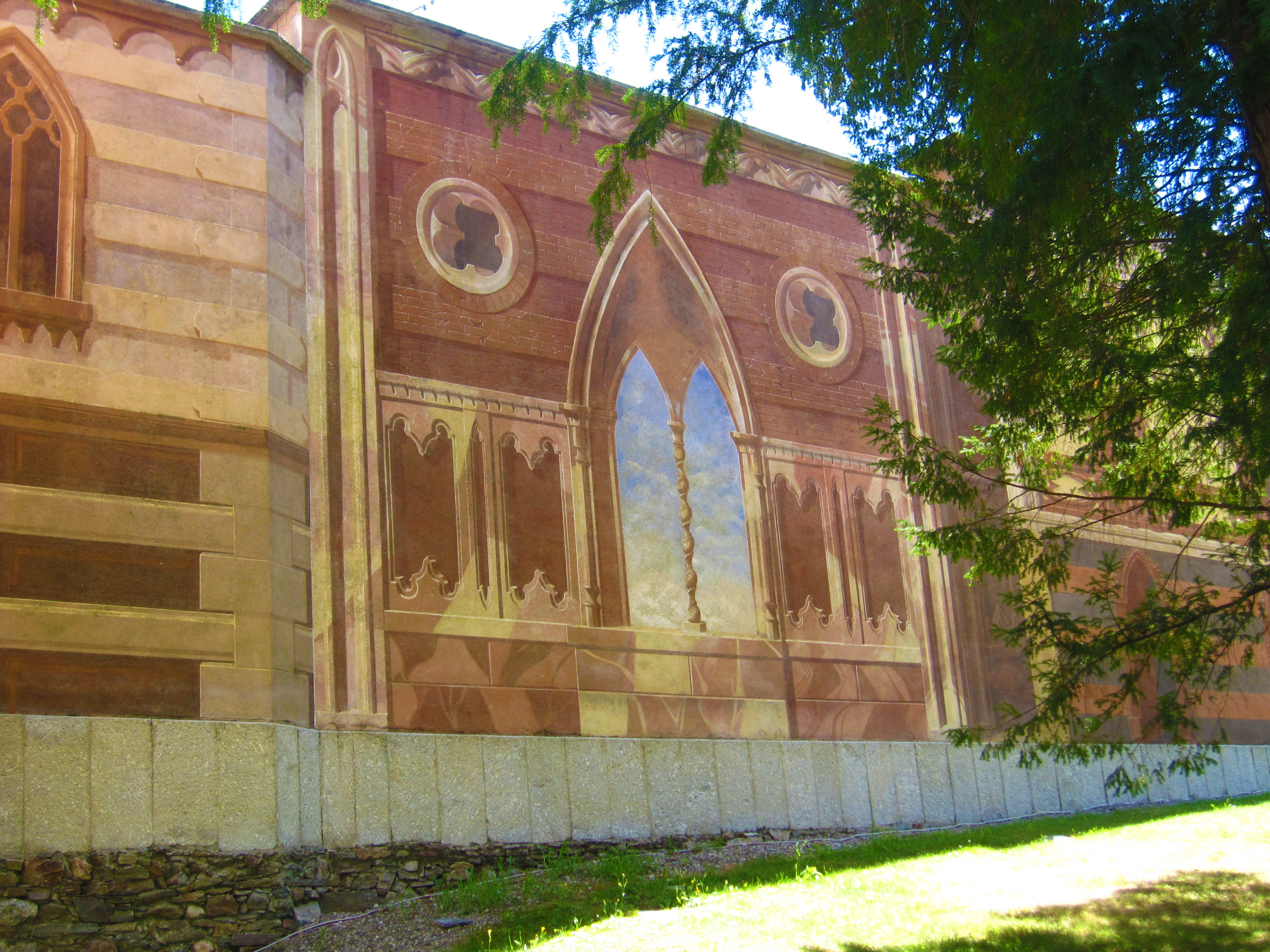 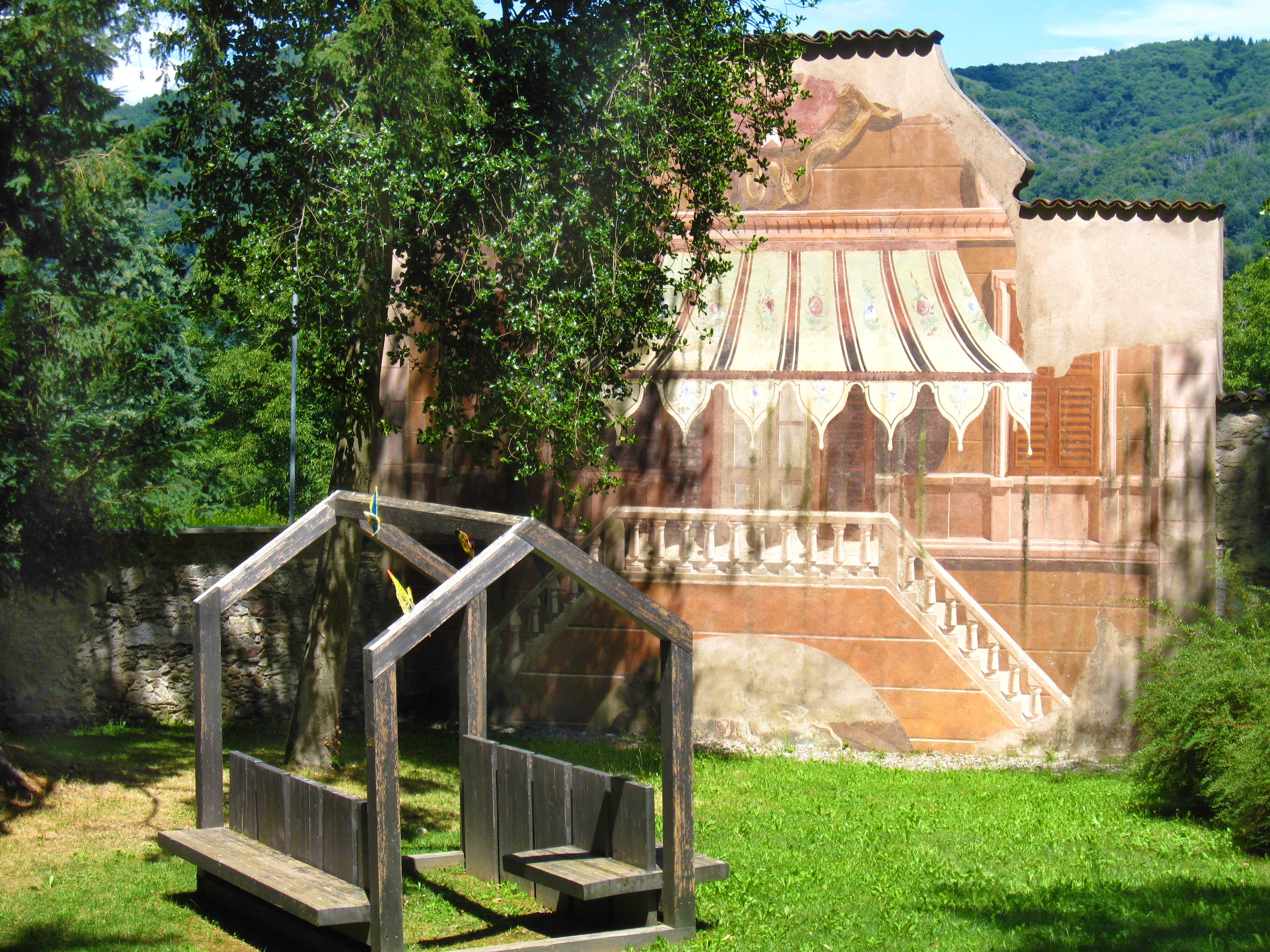 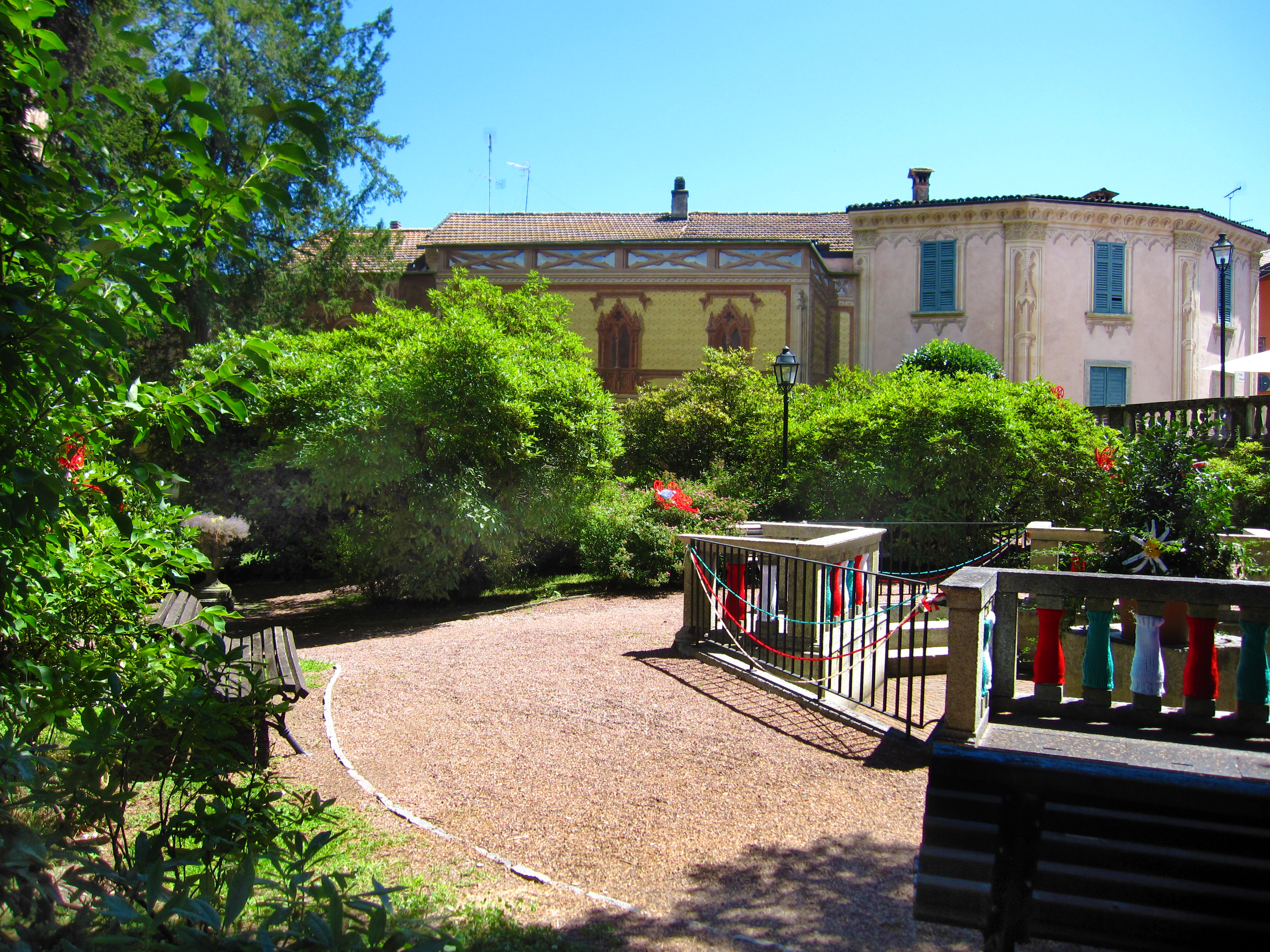 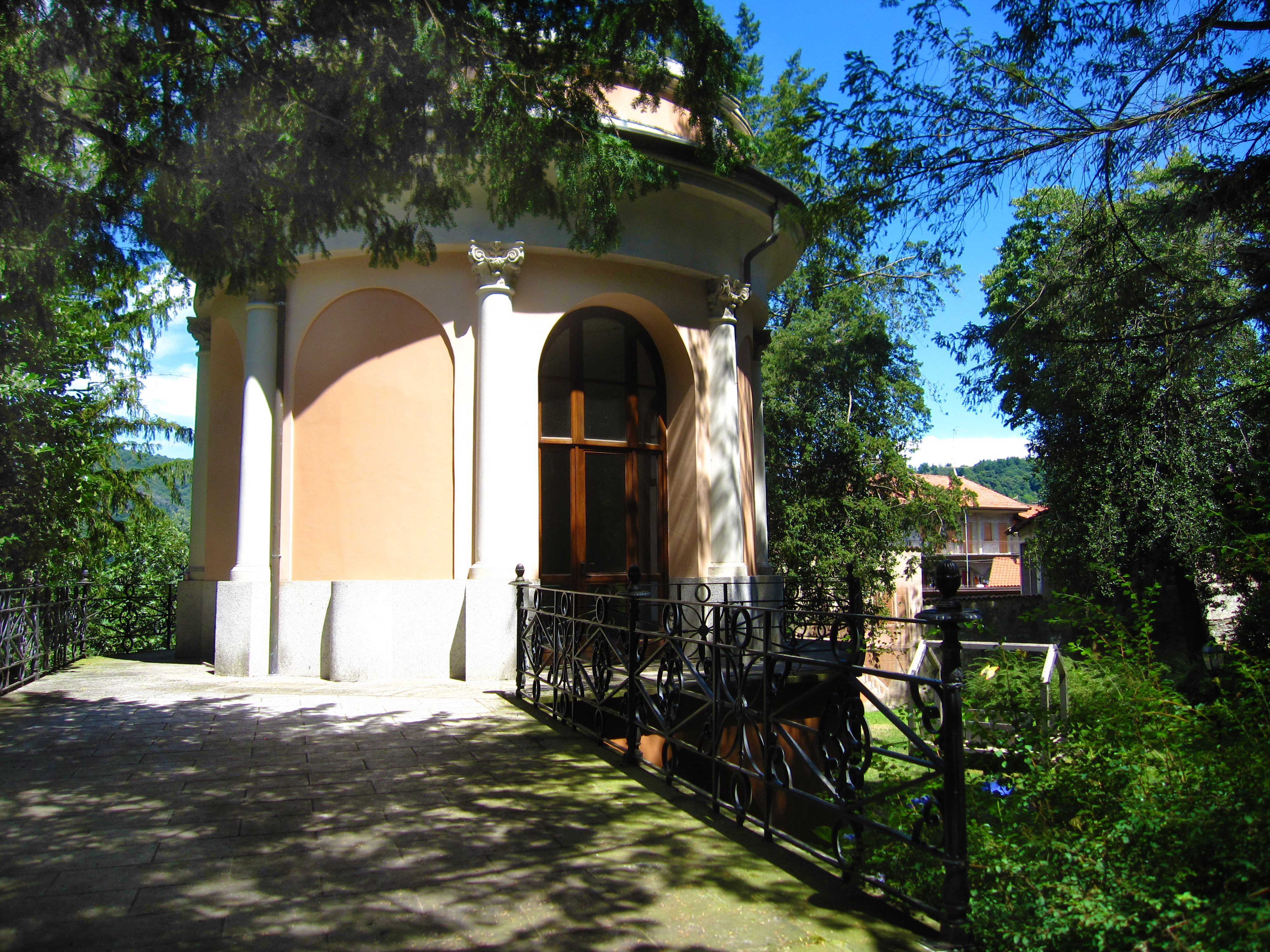 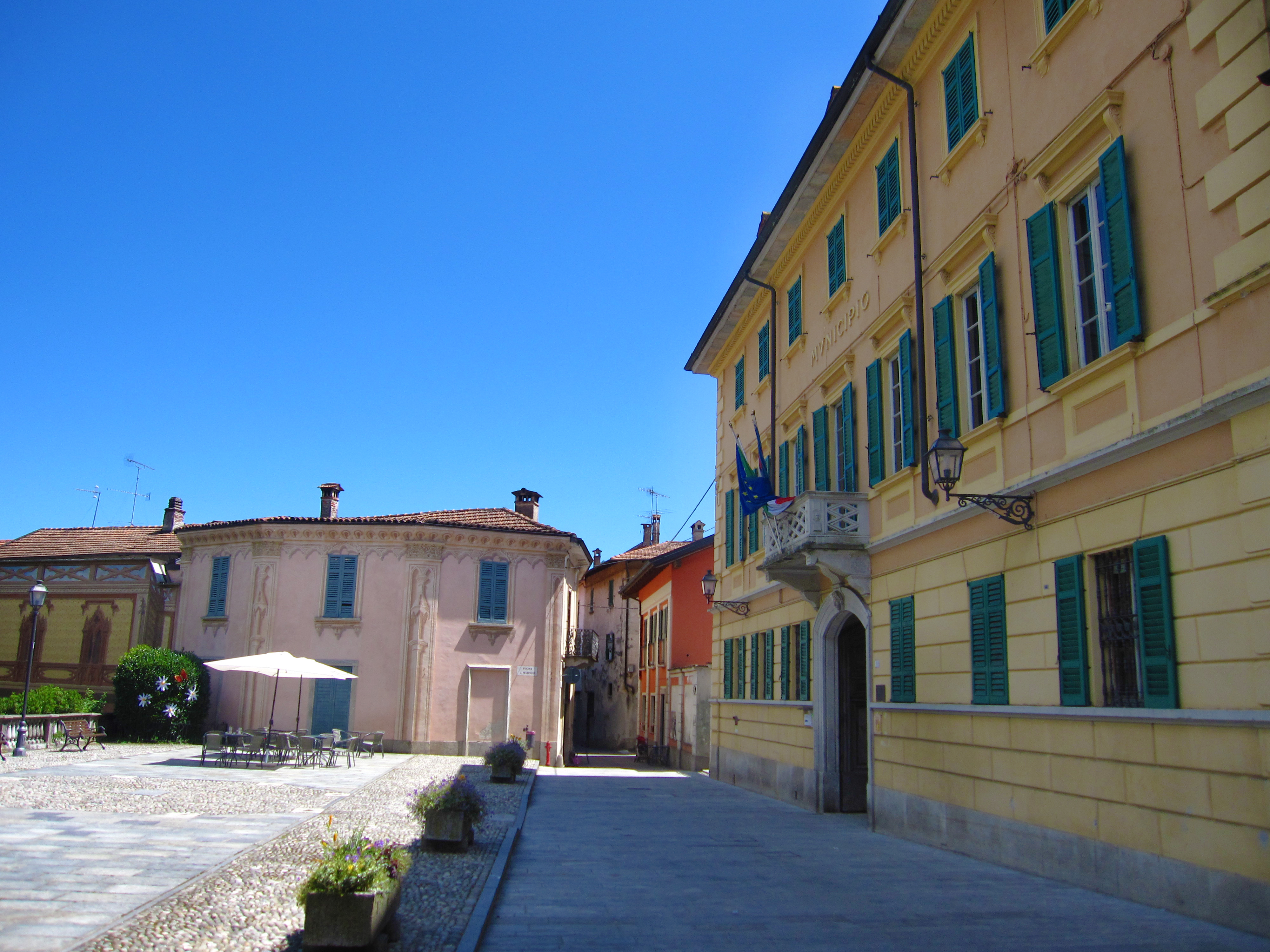 The Neo-Gothic park is located in front of Palazzo Tornielli, originally connected to the palace by an underground passage, it became public in 1920.

The palace owes its name to the noble dynasty of Borgolavezzaro, one of the most illustrious and important families of Novara since the Middle Ages

Today the Palazzo Tornielli is home to the Municipality of Ameno and the Museum Space. Of the latter is also part of the green-hearted room, a window on the territory between the Piedmont shore of Lake Maggiore and Lake Orta.

The visit to the park itself is not long because its size is very small, you can admire its ancient trees and flower beds that contain native plants, but its main attraction are the facades decorated in imitation of Gothic architecture.

To the bottom, however, you will find a circular-shaped pavilion with a neoclassical style with statues housed in the niches.

On the opposite side there is an ancient ice-house, in an excellent state of conservation, its dome is clearly visible.

If you want to have a guided tour (also in English) of the building and the museum, you can contact the Asilo Bianco Cultural Association of Ameno at the number +393209525617.

The address is simply, Piazza Marconi n. 1 in Ameno (about 5 km from the square of Orta). This is the Town Hall Square and within walking distance there is a convenient parking area (free of charge). Be prepared, however, the streets of the village are rather narrow and almost always two-way.

The park is really very small, but it’s a good excuse to visit the village of Ameno which is very intimate, but has some undiscovered treasure. If you love hiking, right from the neo-gothic park starts four walks called “Qudrifoglio di Ameno”. An example? Take a look at __________

Admission is always free and open, every day.

Did you know that around Lake Orta, dozens and dozens have arisen (I don't mean a hundred, but we go a little further!) of tap factories?

A free beach, to few kilometers far from the centre of Orta and within walking distance of the historical heart of Pettenasco