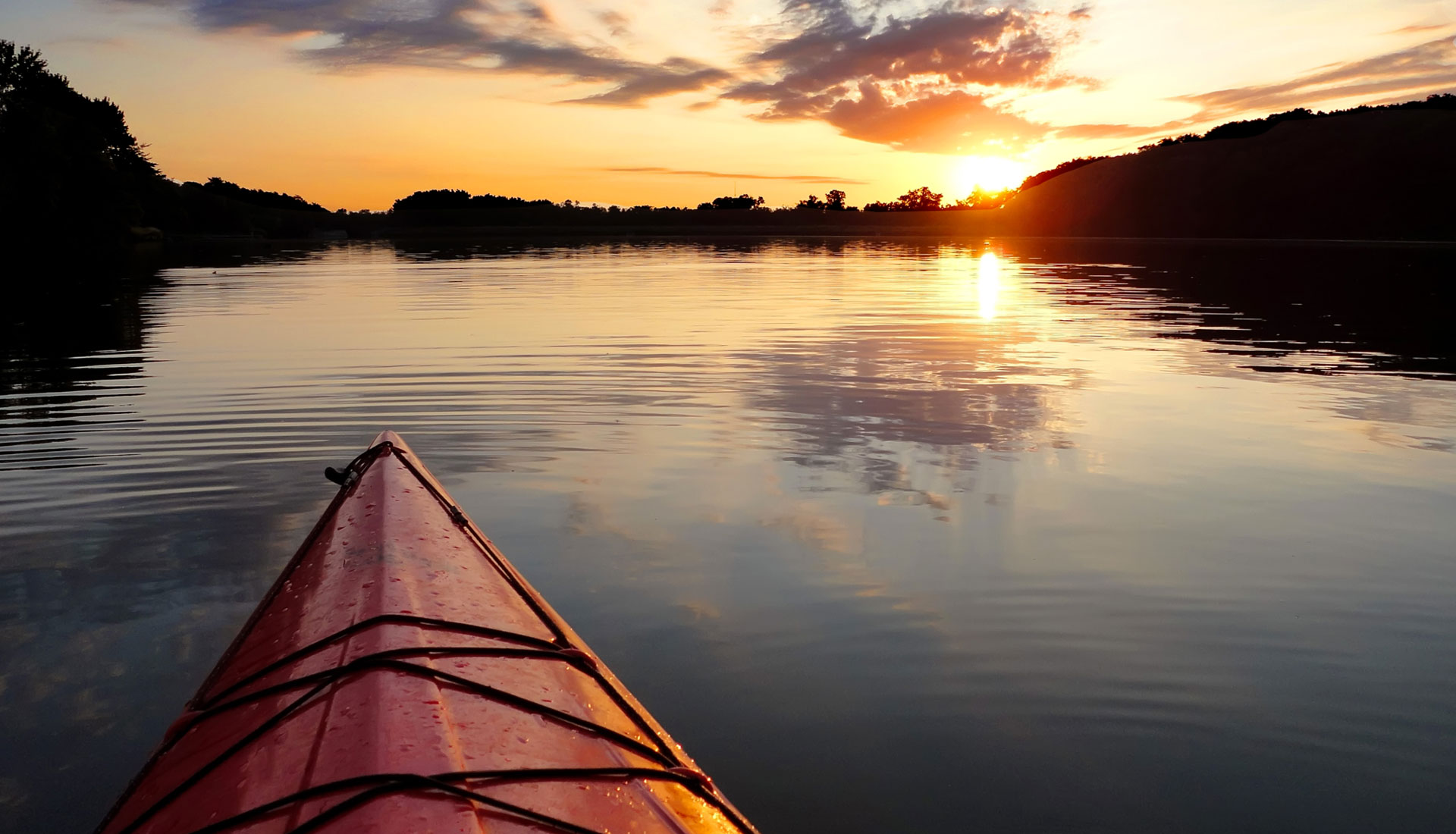 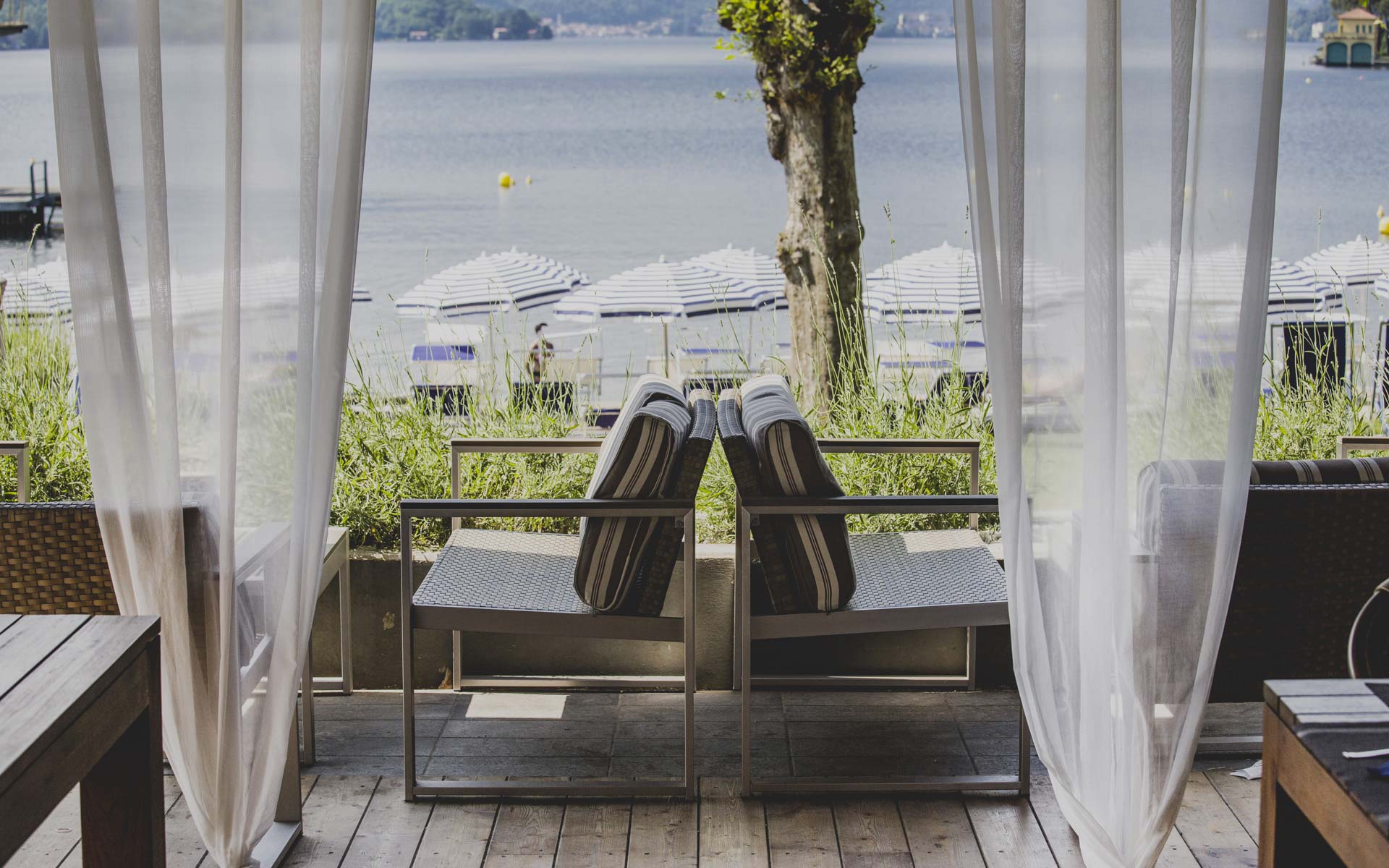 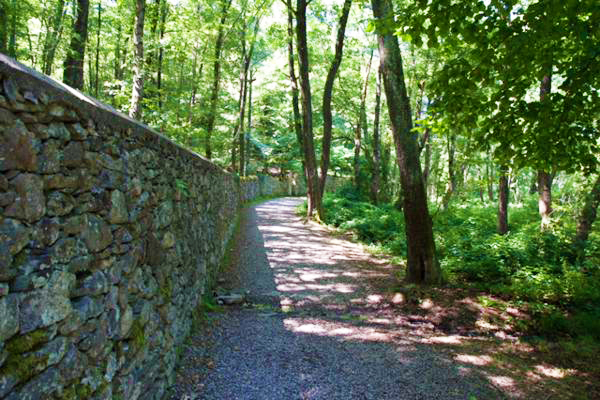 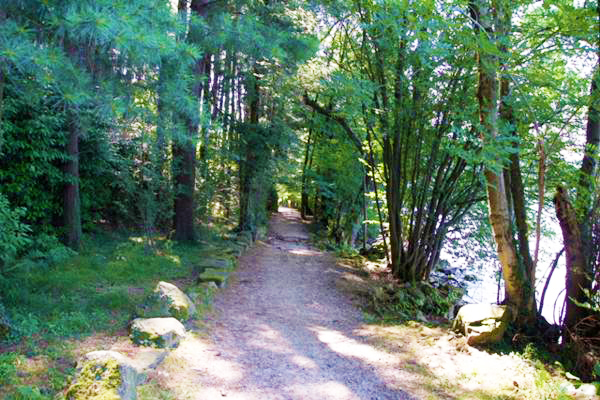 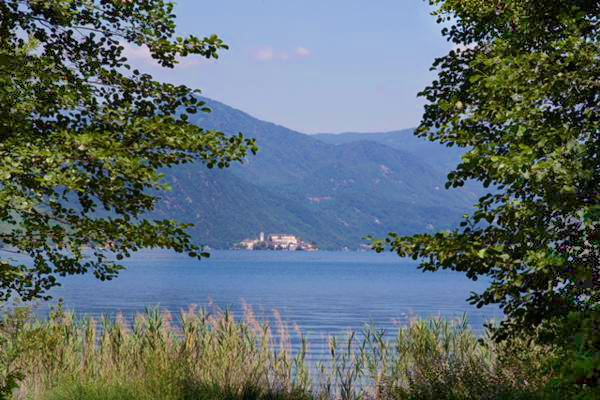 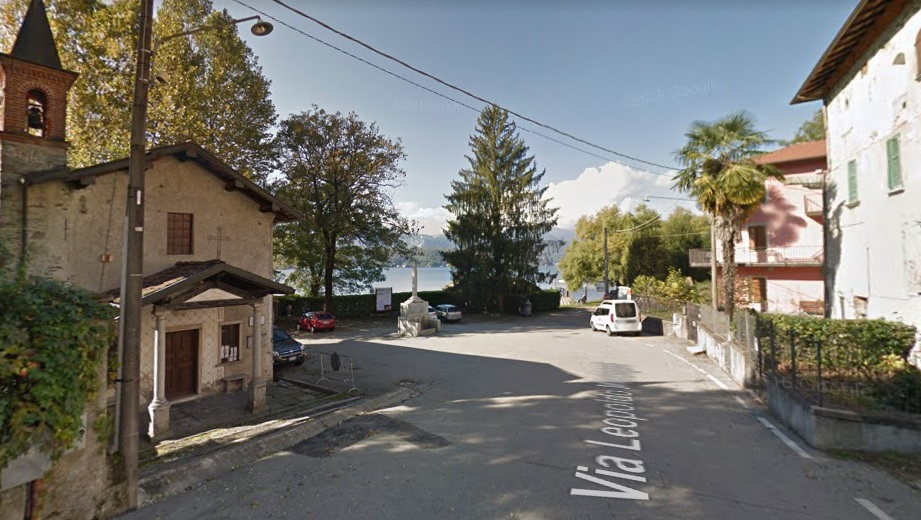 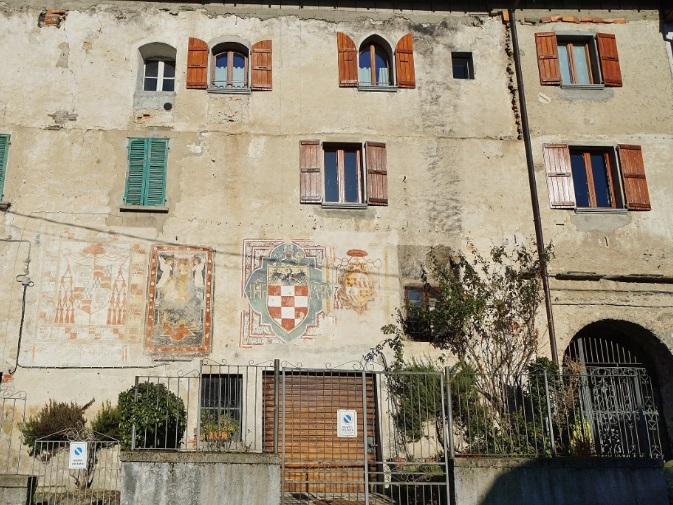 Opposite the pier (stop on request) you can also admire the facade of the Bishop’s Palace. This is, in fact, the embarkation point of the bishop/count of Novara for the usual visits to the Island of San Giulio. The building is now private and can not be visited inside. The façade is damaged, but the coats of arms are partly visible. Opposite is the small church of the Guardian Angels.

The visit of a Bishop to the Riviera d’Orta was not just any pastoral visit. The Bishop carried out, by ancient feudal right, a real Possessorio Entrance with a great political significance because it reaffirmed his power and demanded the taxes owed to him by the community and the private of the lake.

The Via Francisca del Lucomagno was an ancient Roman route, historically documented, that from Constance, crossing Switzerland through the Lucomagno pass, reached Pavia and connected it with the Via Francigena towards Rome.

It even seems that historically the Way also allowed to reach the Way of Santiago de Compostela through a detour towards Vercelli and Arles, in France.

In the last few years a project has been developed to map the whole Via Francisca and then affix the right signage. The itineraries are through country roads, dirt roads or only partially paved, with some crossing of towns.

On our lake the most visible and important part is that of Lido di Gozzano. It is an old cobblestone, a little bumpy, but one perceives the ancient path.

THE ROAD OF THE REEDS

The road of the reeds is part of the walk from Orta to Pella, it is about 1 km or so.

The path is well maintained, there are wooden benches along the way and some waste baskets. You can admire the reeds, which are protected because some species of lake birds nest, on the left instead you will go along the whole park of Villa Jucker (30 hectares, one of the largest parks of the villas on Lake Orta).

When we find Cascina Fara on our right, on the left there is a path that goes up to the Church of the Madonna di Luzzara (for a small detour), it is a real jewel for its interior and exterior frescoes, probably dating between 1400 and 1500.

If you want to go on foot you can follow my directions in the advice at the bottom of the article, or by car, you can indicate in the GPS via the Colonia n. 16 town of Gozzano.

The Lido di Gozzano is one of the stages of the walk between Orta and Pella, so it is also possible to reach it on foot _________

Finally, you can reach the Lido di Gozzano by ferry, but the stop is on request (so ask before getting on the boat!).

The view of the island from this perspective is perfectly frontal.

Do not miss the path of the reeds, I think it is one of the most beautiful walks you can do on Lake Orta!

This is a visit to a small town, so admission is obviously free.

Did you know that around Lake Orta, dozens and dozens have arisen (I don't mean a hundred, but we go a little further!) of tap factories?

The castle of Venaria

This is not exactly one of the attractions of Lake Orta, but it is one of the most beautiful and most important in Piedmont, a region that encompasses this beautiful lake.