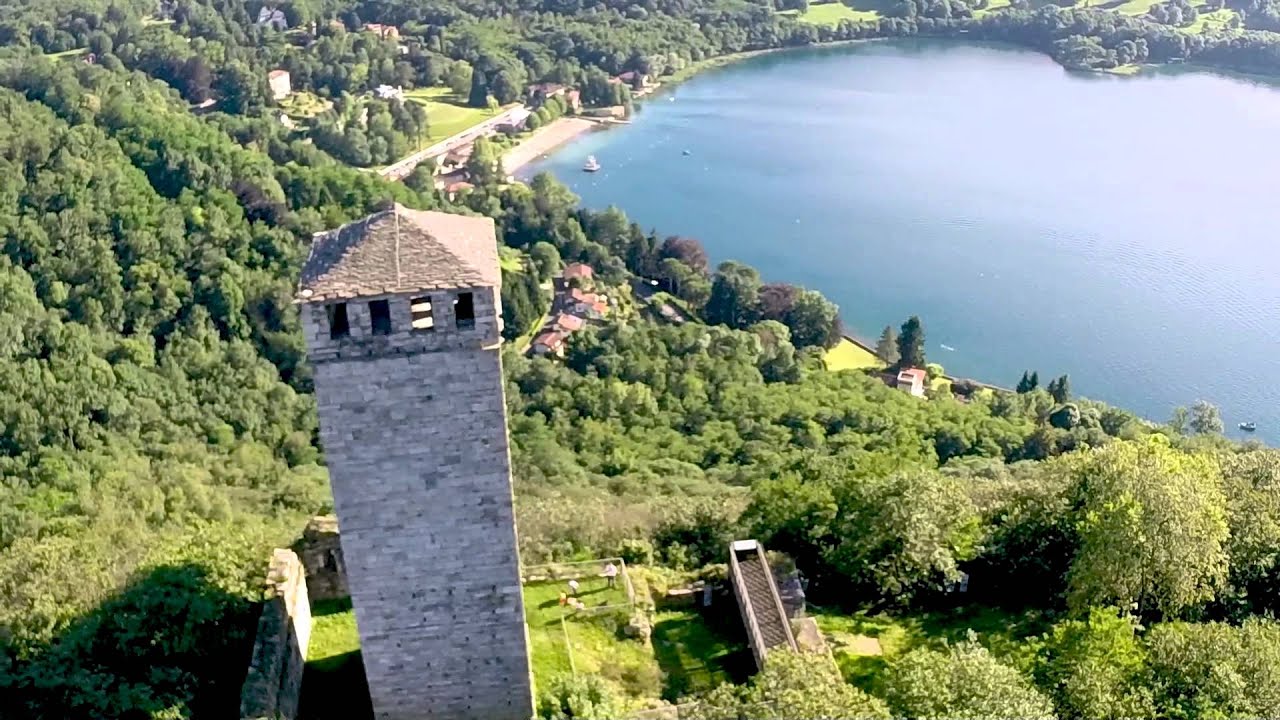 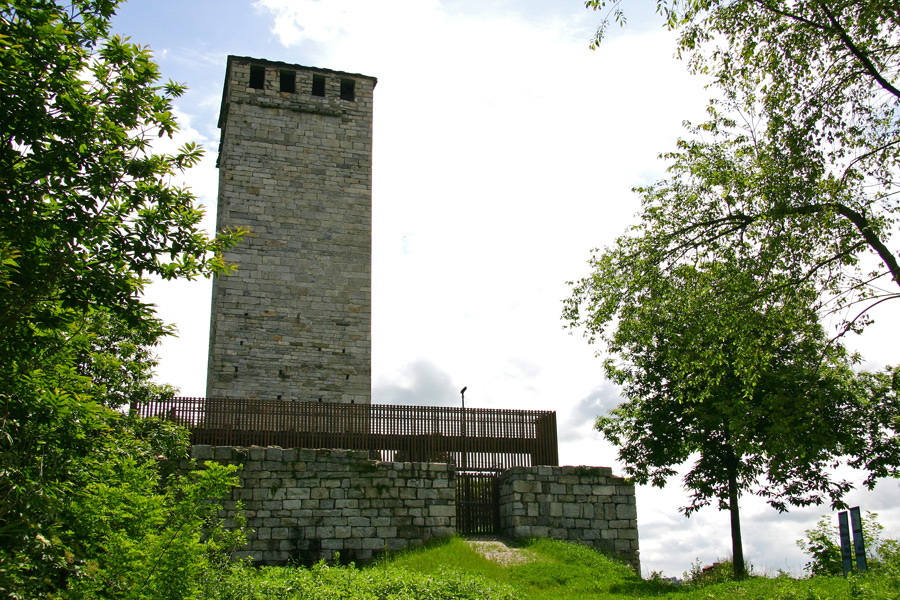 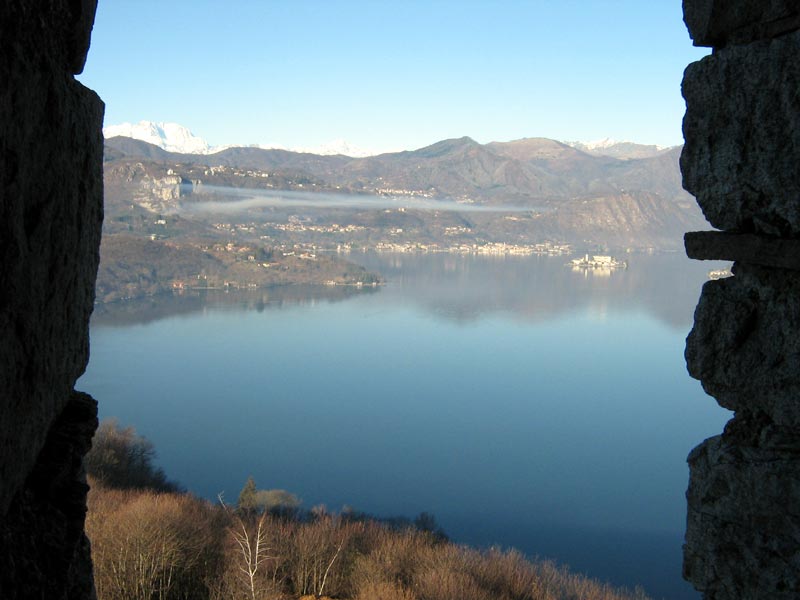 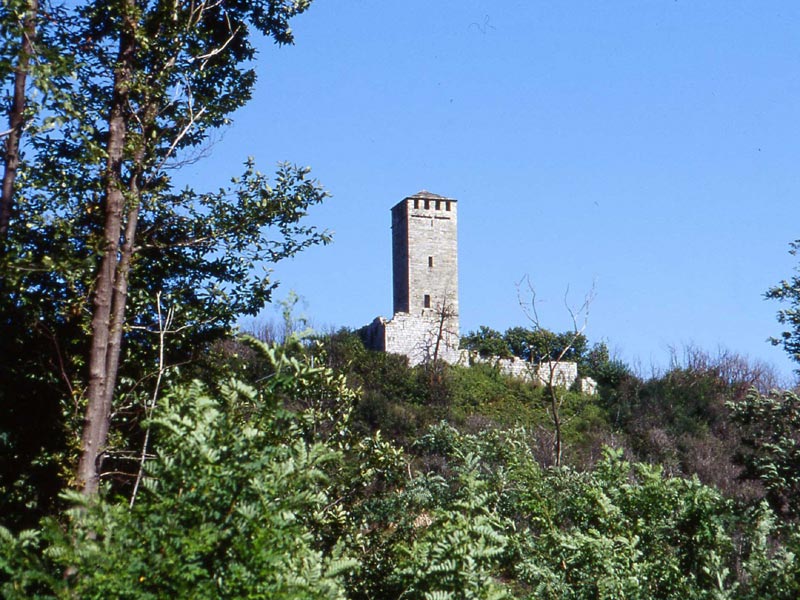 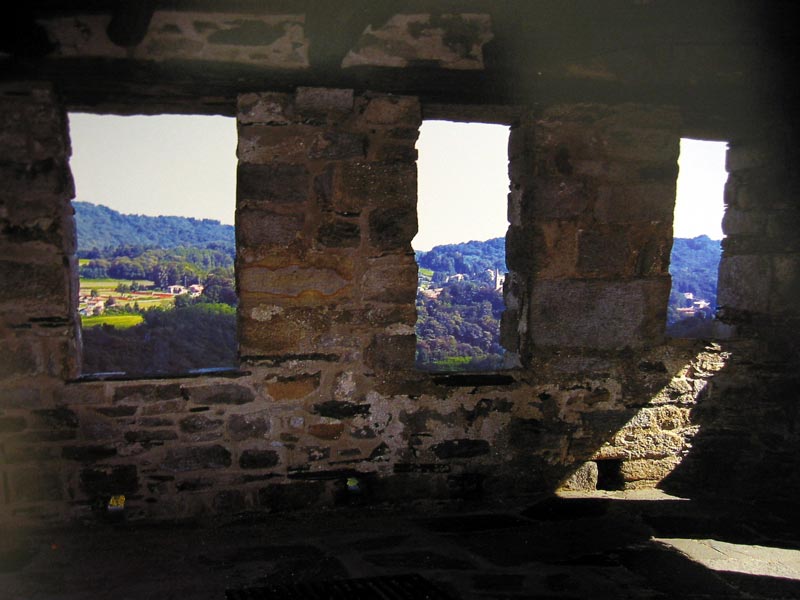 Whether you arrive by car or via the pedestrian path, once at the foot of the hill, however, you have to proceed for a few hundred meters uphill, on foot.

The Tower of Buccione, symbol of the independence fair of the San Giulio Riviera, stands in a very strong position, which allows you to dominate the lake and the whole Novara plain.

It was part of a larger military outpost, but of which few traces remain.

The tower, 23 meters high, had signaling functions, and is internally divided into three wooden decks, which allowed the garrison to house it.

The ancient entrance is located 7 meters from the ground and can be seen when entering the courtyard, on the right side of the tower. The ground floor had warehousing functions. On the second and third floors there were two latrines with conduits channeled into the courtyard. Above was the cell with a cross vault, from which the entrance was defended by throwing stones.

The fortification was completed by an outer wall with walkways, archers, loopholes and battlements still visible in the eighteenth century.

The statutes of the community of the San Giulio Riviera ordered that all valid men should rush into arms at the sound of the tower bell.

Although broken, it joyfully returned on November 4th, 1918 to announce the end of the First World War. Since then it was played every year, on the occasion of the anniversary, until the outbreak of the Second World War, when it was moved to the garden of Villa Bossi, municipality of Orta, for fear of possible thefts. The bell was repositioned on the tower in 2005, after major restoration work.

From the walkway along the walls you can enjoy a beautiful view of the gulf of the Buccione hill.

Surely the most scenic route is on foot, starting from the square of Orta. The route is about 5 km, not all flat, certainly easy, but not suitable for those who do not like walking. For more information look at the bottom of the article, where you will find the complete path to do.

By car, however, you have to take the Provincial Road 229 and reach the Corconio Quarries. Near the railway bridge you will find a small free car park.

Our advice is to reach the tower on foot, with a walk that will allow you to also pass through the village of Corconio. This stage is part of the blue ring of Lake Orta.

Admission is always free and open 24 hours a day, every day.

For the kitchen the products of the farm of home are used and excellences of farms of the area, the raw materials are very fresh and respect the seasonality of the same.

In addition to the beach, there is much more to the Lido, but few people can look beyond...