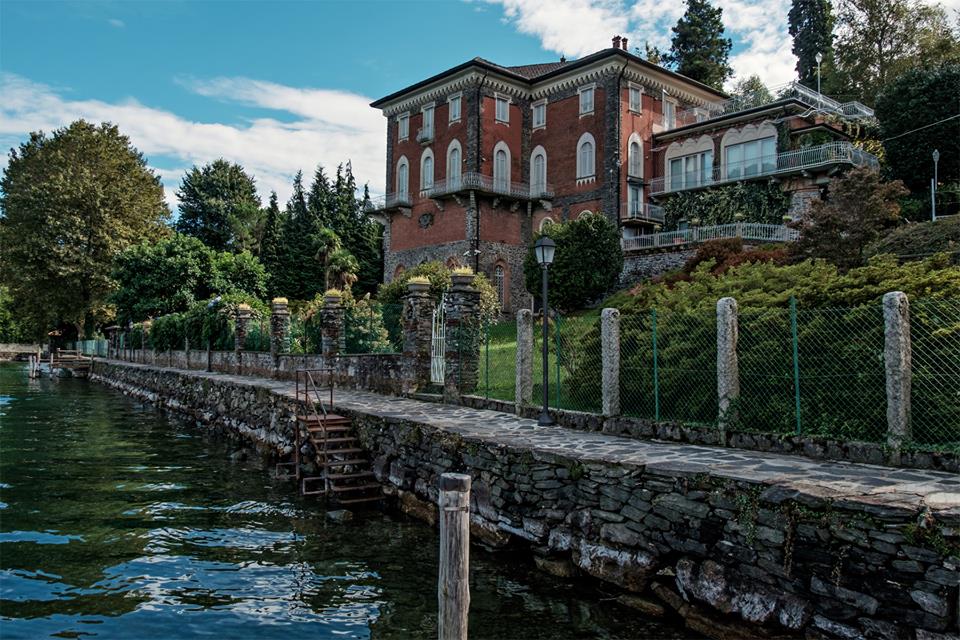 In the town of Orta, in the Gulf of Bagnera, lies hidden a small humid cave where once upon a time you could access it by going down five stairs. The walls and the pavement were both always wet because the waves from the lake would reach the cave.
At the center of the cave, there is a small well that opens right on the lake. Legend has it that it was the entryway for a freezing hell that lied at the bottom of the lake.
Towards the end of the Eighteenhundreds the luxurious villa, Villa Curioni – Mazzetti was built, and the cave was incorporated in one of the rooms of the villa, thus making it accessible only to the owners.
This is the “Bus de l’Orchera”. Its memory fades away in distant times. The most interesting feature of the cave is the matter of the numerous legends.
It is said that in the IV Century the lake was infested by snakes and dragons and that San Giulio was able to defeat them with the help of God. But one of them, the biggest of them all, called “Orca” or Killer whale, found refuge in this cave. In the XVII Century, a huge vertebra was found, and it was immediately attributed to the Killer whale. It was immediately brought on the Island of San Giulio in the Basilica, where it is kept safe.
The town folk used to go often to this place, to cool off in the hottest days of summer, until the Count Curioni built his Villa that still today closes off the cave.

The circular room has large windows and a beautiful veranda that will offer you a unique view of the lake and the island of San Giulio!

This is one of the restaurants with the best location in Orta, despite it is outside the historic center...