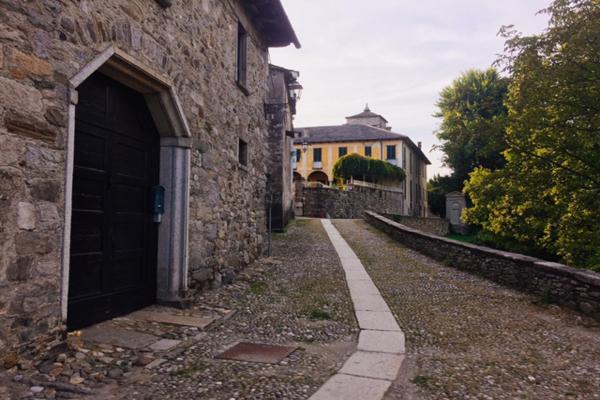 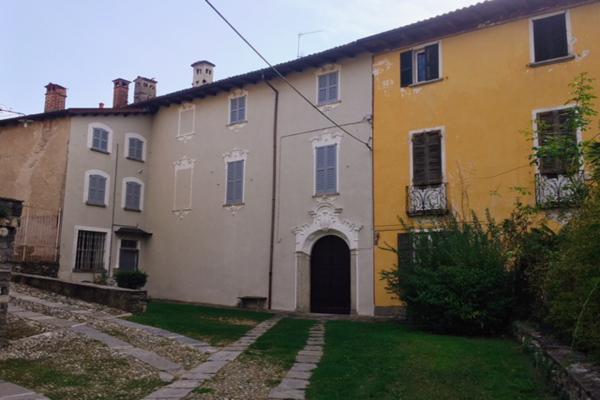 Lortallo, is a hamplet of the Municipality of Ameno which boasts very ancient origins.

The village is located on a small hill, overlooking Mount Rose and, of course, on one of the most beautiful slopes of Lake Orta.

Despite some archaeological excavations show findings of the Iron Age or burial grounds of archaic traditions, what amazes the visitor are the noble residences facing the lake.

These are rural estates, country estates and farmhouses that have nothing to do with rustic and ungainly buildings, but which reveal their intent as a holiday home for nobles and the upper middle class.

The main attractions are certainly Villa Decio, now weddings location, and the oratory of San Grato, which has the altarpiece of Giovan Battista’s disciples with the Madonna and Child with Saints Grato and San Bernardo from Mentone.

Near the seventeenth-century Oratory of San Grato there is a tower dating back to the thirteenth century. A second tower is incorporated into a private home.

If, instead, you are interested in the ancient burial grounds, it is curious to say, but the most complete page I found on the subject is wikipedia (link at the bottom).

You will find the village of Lortallo along the provincial road 43. If you really want to mark an address to put on the GPS, you can write Ameno (town) in via Carlo Porta n. 9, which is a little parking. If you want to reach it on foot, however, it is part of the itinerary of the celestial ring _________________

My advice is to combine the visit of Lortallo to the nearby Monte Mesma, built in 1619 on the ruins of a castle.

This is a visit to a small town, so admission is obviously free.

The small hamlet of the main town of Orta San Giulio has been part of the national circuit of "The Painted Villages" for 22 years ...

you will find this delightful bistro, inside small romantic rooms and a typical stone cellar, outside a splendid terrace.

In 1879, Cristoforo Benigno Crespi, pioneer of the cotton industry, commissioned the construction of this magnificent Moorish-style Villa